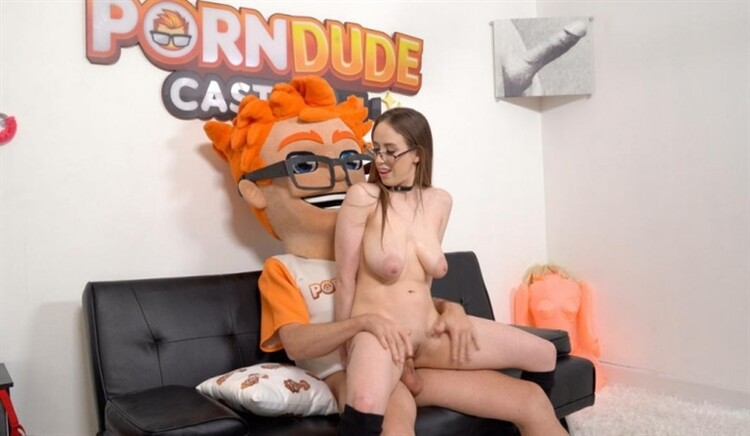 Cast: Jackie Hoff
Date: 2022-03-25
Description: Jackie Hoff showed up on the PornDudeCasting couch wearing a busted pair of glasses, a result of all the wild fucking she’s been doing lately. She’s been getting banged on camera for about a year now, having made her way from pre-med school to modeling and now this. “I like the adult industry better,” the sexy cutie told me, “so I’m here to stay.” Jackie described her entry into the industry and traced her obsession to its roots, explaining, “I’d watch animated stuff. I’d watch group stuff. I’d watch some taboo stuff. I’d watch some older stuff. Anything and everything on the ‘Hub, man.”