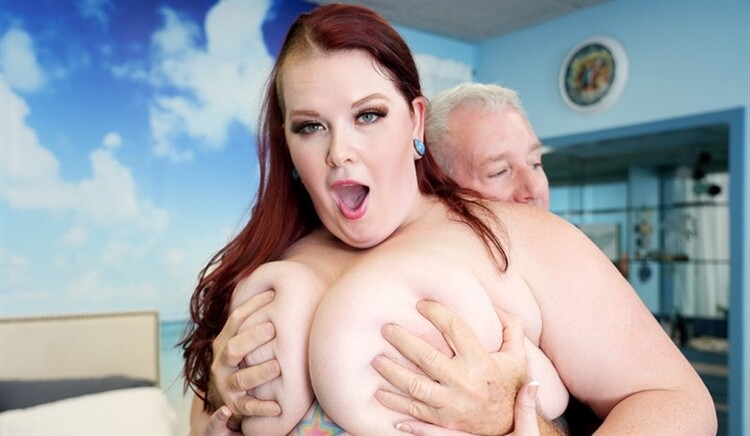 Cast: Ruby Sinclaire
Date: September 9, 2022
Description: Ruby is an enticing, big titted, tattooed, fair skinned, scarlet haired, BBW slut. After a convivial chat with Jay, the Duke of Decadence, the Prince of Perversion, the Lord of Lechery, the infamous Chubby Chaser, we learn more about Ruby, who is doing her first scene on our site. Inevitably, Jay, unable to contain his lecherous longings, kisses, fondles, and suckles on her massive mounds of fabulous, fatty flesh. Once her fuse is it, Ruby sensually savors sucking his colossal cock with sluttish epicurean delight, gusto, glee, and adroit, oral prowess, coupled with some brisk, titty fucking. Then, he pushes her back onto the bed, trying to eat his way to her heart, as his tongue flicks her clit like an electric eel on speed, while she groans ecstatically. Subsequently, he brutishly plows his titanic tool into her in missionary, bareback, while she moans and cries out in lascivious exultation. After she gluttonously revels in sucking her pussy juice from his gargantuan dingus, Jay lavishly licks up the ginger spice sauce from her bald, hungry, harlot’s hole, before he resumes furiously fucking her, which catapults her into a bellowing, bawling cock-crazed revelry. Following a breath taking 69, Jay barbarously drills his donkey dick into her in spoon, while she moans and squeals in whorish rapture. Finally, he dumps a load of spluge on her monumental mammaries, leaving her happily, glazed and dazed.