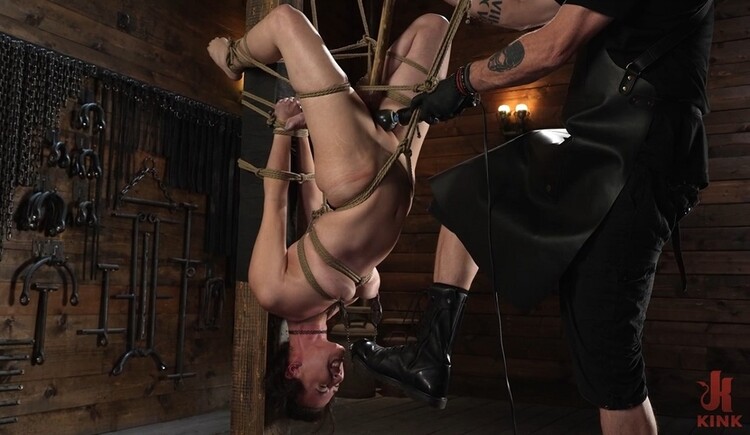 Director: The Pope
Cast: Casey Calvert, The Pope
Date: 02.01.2023
Description: Casey Calvert is at the top of her game, and is more than willing to let The Pope put her through her paces to prove it. Casey’s day begins with a brutal inverted suspension, with her body tethered to a piece of bamboo to keep her rigid. Her arms are bound and then pulled tightly behind her, along with one of her elbows being tied to one of her legs. Casey is completely helpless and has to endure everything The Pope throws at her. In the second scene, Casey is now tethered to a column by her arms which hold the back of her neck firmly against the column. All of her weight is hanging from a waist rope and her arms. Casey is very aware of her body at this point. She is toyed with by her captor, and little by little he finds ways to intensify the tie to make it even more extreme. She is fucked and made to cum several times before they move on to the final position. Casey is on her back with her legs pulled up and spread. Her hands are bound to her thighs, and a few perfectly placed ropes across her tits keep her from escaping. The Pope works meticulously to ensure that Casey endures as much suffering as possible from implements, since the first two scenes were dedicated to heavy rope torment. Once the bastinado, pussy torment, and the general infliction of pain has past, The Pope hoists Casey into the air for one final suspension where he administers heavy breath play and orgasms to finish her off.